Study: The French highlight their trust in their banks

The French Banking Federation (FBF) has published the results of its second study “The French, their banking, their expectations”1, conducted with the Institut Français d’Opinion Publique (IFOP – French public opinion institute) between October and November 2020 with more than 4,000 people.

The French are generally satisfied with the actions of banks during the health crisis, notably welcoming their availability and their role in supporting and boosting the economy.

Two strong trends emerge in the context of Covid-19:

– French people, for whom security is essential, trust their bank and their advisor;

– An acceleration in the use of digital tools, an appetite for banking innovation, and at the same time a desire for physical proximity.

Relationship banking: a trusted model for the French

The health crisis has strengthened the image of the French banking industry; its role in financing companies is recognised by 82% of French people. 80% believe it is an asset for the economy, and 78% believe it is resilient. Having a powerful national banking industry is recognised as important by 83% of French people, and banks feature in the top three most strategic sectors.

On a daily basis, French people expect their bank to guarantee the security of banking data and alert them about any suspicious transactions on their accounts. Compared to their trust in other economic players, the French trust banks most in terms of keeping their personal data safe (70%).

For 89% of French people, banks are part of their daily lives. For 74% of French people, the fact that bank branches were open and advisors present, or that they could contact them, was a reassuring factor during the health crisis. 86% find remote access to banking services reassuring. Banks are perceived to be integrating new technologies more and more (85%). For more than 8 out of 10 French people, these changes, primarily enabling them to track account movements, control their budget and manage transactions, are considered positive.

French people trust the new services offered by banks, including online chats with an advisor (70%) and contactless payment by bank card (74%). Its use has been accelerated by the health crisis (71% pay more by this means now and 77% of them consider they will continue to do so).

All in all, with the health crisis, banking close at hand in all its forms is a key value. 83% of French people believe that the ideal bank should offer everyone the choice to use its Internet and branch services according to their needs. It is a specifically French trait that is positively perceived and has become an expectation.

For Philippe Brassac, Chairman of the FBF: “Local responsibility is a central value of French banks and the health crisis has proved the relevance of a model that is both human and digital. Banks are innovating for their customers, ensuring as a priority the highest level of security for their customers. Finally, the role of banks in supporting the economy in line with public policy is clearly recognised by the French. I would like to commend the decisive and committed role of bank employees.”

For Frédéric Dabi, Deputy CEO of IFOP: “This study highlights two important issues for French people: innovation in service and the need to continue strengthening the relationship of trust with their bank. The health crisis has further increased these needs and the results show that banks have been able to meet them.”

1 Survey of a sample of 4009 people, representative of the French population aged 18 and over (= around 51 million people according to INSEE)

Press release – Study : The French highlight their trust in their banks

Download Press release – Study : The French highlight their trust in their banks

Study FBF IFOP 2020 – The French their banking their expectations

Download Study FBF IFOP 2020 – The French their banking their expectations 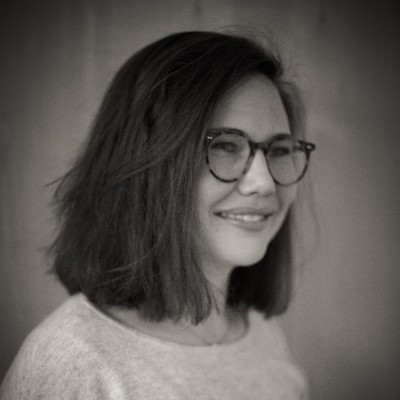